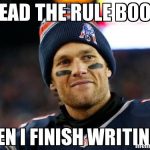 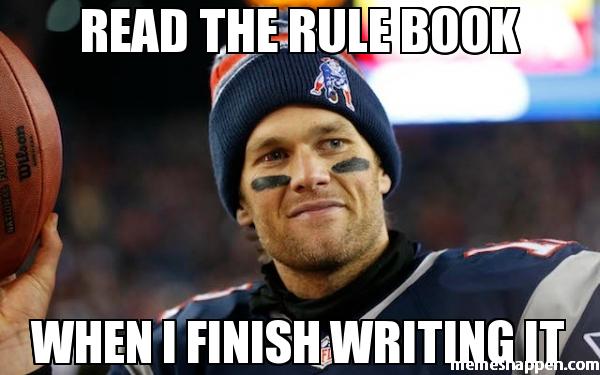 Is the Legion army building system the best in miniature gaming?

Army building is at the very core of table top miniature gaming. Collections of units are assembled with the end purpose of the wanton death and destruction of the opposing tabled units. Unit selection is paramount to success. As such, it is very easy to take this aspect and continue to build upon it by answering every question asked or responding to every frustration laid bare on social media. With the need for change, it can also become change for the sake of change itself. (Need another example…look at AD&D).

In a world where game manufacturers have seen need to expand their rule systems into a bloated mass of text, Star Wars Legion seems to have gone with the less-is-more approach. As an example, Warhammer 40k (the elephant in the living room) released the 8th edition. The 8th edition totals a whopping 280 pages. ( I have seen comments that as few as 18 pages or as much as a single chapter could have sufficed, but to be honest I never purchased it). While most of this is fill and fluff, there are additional tomes dedicated to Xenos, Necrons, Tyranids and each of the other factions. A “new” to tabletop gaming player who ventures into the local shop quickly finds him or herself facing a decision on what books are necessary. When adding the costs for the books with the miniatures required to put together a 1,000 or 1,500 army, one can quickly become lost in the dollar signs (I am not saying the investment isn’t worth it by the way). Then, upon the return home, find that they either don’t enjoy the faction chosen or that they don’t have the necessary books to collect the information necessary.

Star Wars Legion, being in its first iteration, has the beachhead of clarity. It’s hard to expand and expand and expand until the player base betas your game system into oblivion working every aspect of the rules system to no end. It then becomes very easy to simply say “hey, here’s all the questions, lets give them all the answers”. I think Warhammer 40k suffers from this, and suffers dearly. Warhammer 40k, has introduced so much content (and it is hard not to with the expanded universe out there) that it suffers from a severe case of scope creep. In order to introduce Warhammer 40k, Games Workshop was forced into the vast expansion that comes with 8 editions. So much content is out there for the fan base that not addressing that content risked the alienation of the potential player base. Can you imagine sitting down to explain Warhammer 40k to a neophyte?

Enter Star Wars Legion. Unlike Warhammer 40k, Star Wars is a staple of americana. Where Warhammer 40k has to be explained to the new player (why the heck are these guys at war with one another)…just walk outside, ANYWHERE, and as who Darth Vader, Luke Skywalker or Boba Fett is and you will get a very quick answer. Very few have not been touched by the Star Wars Universe in one manner or another. The point is that Star Wars is very familiar, and therefore very easy to translate into a myriad of mediums, the latest being table top miniatures. With this familiarity, a very compressed rules set becomes possible. Not only that, who doesn’t want to overthrow the Galactic Empire or crush the Rebel Alliance on an occasional afternoon? Not to mention, command your units with Darth Vader or Luke Skywalker. It is devilishly easy to introduce and entrench with friends and family.

Enough with the genius of my observation and let’s look a few of the finer points of the army building rule sets.

“To get started you need to pick an army and pick a detachment to put them in. Detachments are the structure of your army which consist of varying amounts of mandatory slots and optional slots and with some additional benefits.

This is similar to how AOS requires 1 Lord and 2 Battleline to be legal (for a 1000 point list) along with optional extra slots for artillery, benemoth and other. Except in 40k they will be HQ, Troops, Elites, Fast Attack, Heavy Support, Flyer and Super Heavy. The various detachments are in the core rule book.

For your army to be legal all the slots you fill need to share at least 1 keyword. For example you can fill a detachment with Tzeentch Demons and Chaos Marines because they all share the “CHAOS” keyword. However you will find that most armies give extra benefit if all the units in the detachment share a more limited keyword. For example if a detachment only has the “CHAOS MARINE” keyword, you gain extra benefits from the codex and while slotting in some demons would still be legal, you would lose those benefits because demons wont have that keyword. The way you get around that is to build an army of multiple detachments and put your marines in one, and the demons in another, but don’t worry about that too much if you are just starting out. This is different from AOS, where there is only 1 default thing that’s similar to detachment which varies only when the points level goes up.

Allies work via the keyword system stated above and while you can separate some keyword units into different detachments to gain army benefits, the entire army must still share at least 1 keyword to be legal. What I mean by this is 2 detachments, one with Chaos Marines and one with demons, is still legal cause they all share the “CHAOS” keyword. However 2 detachments, one with Chaos Marines and one with Tau, would be illegal because they share no keywords at all. Therefore Tau cannot ally with anything other than more of themselves.

Finally there is no limitation on mixing factions besides the keyword thing unlike AOS. For example you can have an army that is 50% Chaos Marines and 50% Demons because they all share the CHAOS keyword.

As for other factions which can ally, all Imperium armies can ally (cause they share the IMPERIUM keyword), which includes Marines, Astra Militarum, Adeptus Mechanicus, Sisters of Battle and more. Eldar can also ally as they all have the ELDAR keyword. Tyranids and Genestealer cults can ally and can also rope in some Astra Millitarum units via a special rule that Genestealers have.

Sorry for the wall, hope that helps. Happy to answer questions if its not clear.

Edit: Sorry, forgot to add, yes you can use your Tzeentch daemons from AOS. Daemons are the one army that cross over between the games.”

I know, I know, that is just one example and I’m sure I could find an example of something a little more condensed, so here goes another response in the same thread. A little better but…well, I’ll let you decide;

“Pick one of the start collecting sets, they are good value of money and provide a few units of different types. Pick up the codex and the rule book if you don’t all ready have it. Then you can build around your starter set supplementing it with specialist troops or hero’s. It’s always good to build as you play too. You might want to start of with say 1000pts and add or switch out choices depending on how your battles go. From personal experience if money and time to paint is an issue stay away from horde style armies like tyranids or orks and stick to the more elite sorts where you need far less models to form an army. Grey knights are a good example of that. Most importantly though pick an army whose models you like to paint and assemble and have some fun.”

This is a little better, though now I have to decide which stater set I want. But what if I don’t like it? What if I don’t care to read the books dedicated to my faction?

I chose a simple excerpt from the Fantasy Flight Games website directly;

That’s it, short and simple. Armies of 800 points, two factions to choose from, upgrades if you choose. Of course, you have to add in the aspects of choosing command cards, however a simple selection of 4 to add to your command hand is quite simple.

The fact is, if you want to entice new players to the base, you must begin with a simple way to join in the action. If your first steps become too complicated or of far too many choices, you can count on a limited growth curve. Undoubtedly, Legion could find itself suffering from the same symptoms in short order as Warhammer 40k. Already clarion calls from the player base beg for more content in the form of units and factions. I have already seen posts, videos and social media begging for Mercenaries, Scoundrels, Ewoks or First Order factions expansions that, in my opinion, would serve to water down the game should they be released too fast and with no thought to maintaining the simplicity of the battle system. One only has to look at the T-47 as an excellent example. Already, confusion has reigned from weather or not a T-47 can stop it’s movement atop terrain it cannot maintain a steady base upon. (Do a quick search for the amazing number of posts regarding trees and the T-47). Official rulings issued from FFG in their forums serve to require a player wishing to maintain continuity of rules reviewing the forums and sometimes explaining the rule determination to a player who may not even know that these official rulings even exist.  This should serve as a warning to FFG to keep it as simple as possible.

Don’t get me wrong, I love some expansion. Dormancy results in stagnation (obviously). The only way to coast is downhill and FFG has a tough job ahead in balancing consistent expansion while fighting bloat.

Currently, Star Wars Legion destroys Warhammer 40k in the arena of simplicity. This simplicity results in a game being able to be introduced to a new player within 30 or so minutes and with action beginning within an hour.  A short time later a victor is declared. Warhammer 40k, on the other hand, must be watered down to do the same. Aspects of the rule set must be ignored, and you are introduced to only two of a collection of factions.

The simplicity, frankly, was one of the things that drew me back into table top miniature gaming. The fact that I could engage my 10 year old son in a game after an hour, and after the first game he was making intelligent changes to his army based upon how they were able to damage and avoid damage was very satisfying. I know that I could never introduce Warhammer 40k to him and have the same reaction to the strategy side of things. (That is not to say you can’t introduce Warhammer 40k to the average 10 year old, the question becomes how he or she reacts to the results of the first game).

FFG has a gem on it’s hands. Hopefully it stays that way!

Select your Footer Menu from wp menus
Copyright © 2018 LegionSignals. All Rights Reserved. This site is not endorsed by Lucasfilm Ltd. or Disney and is intended for entertainment and information purposes only. The official Star Wars site can be found at www.starwars.com. Star Wars, the Star Wars logo, all names and pictures of Star Wars characters, vehicles and any other Star Wars related items are registered trademarks and/or copyrights of Lucasfilm Ltd., or their respective trademark and copyright holders. All original content of this site, both graphical and textual, is the intellectual property of LegionSignals - unless otherwise indicated.